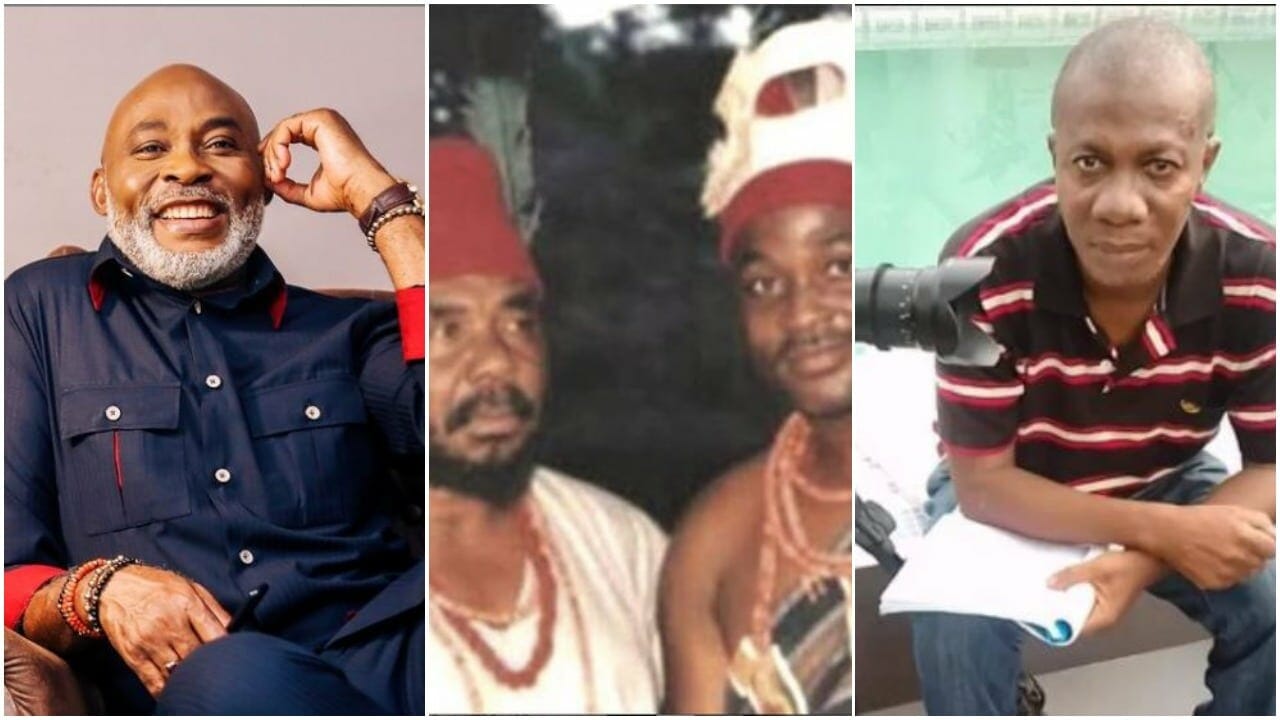 Nollywood actress Richard Mofe-Damijo had gone down memory lane when he joined the Nollywood industry and his first movie.

Taking to Instagram, the actor shared a photo of himself with veteran actor Pete Edochie describing him as the lion and incomparable actor.

Richard Mofe-Damijo also paid tribute to late Nigerian movie director Chijo Ejiro who died in December 2020, praying that his soul will continue to rest in peace.

RMD, as he is fondly called, quizzes his fans and Instagram followers to guess the title of his first movie in the year 1998. Sharing the epic throwback photo, he wrote;

Flashback to my first film in Enugu. Late 1998 or so with the Lion himself, the incomparable @peteedochie. Movie was a @chicoejiro direction. May his gentle soul rest in peace. Amen.
Who remembers the name of this one?

Actress, Bukunmi Oluwasina under fire after doing the unexpected to

‘My cry to God is different’ Tonto Dikeh reveals the

View all posts by Lordemmaculate →